FOR IMMEDIATE RELEASE – December 20, 2016, Santa Barbara CA:  Allied Moving & Storage, announced they received the Women’s Choice Award from WomenCertified Inc., a leading advocate for female consumers, for being their moving company of choice for the 3rd consecutive year.

Allied Van Lines for the past two years has held the distinction of Most Recommended Moving Company through Women’s Choice Awards.  This past August, Women’s Choice Awards conducted a new research poll to over 200,000 female consumers to determine who is the Most Recommended Moving Company in America, and Allied Van Lines was voted the most recommended moving company.

The moving company in Santa Barbara is proud to be associated with a business that maintains such a high standard of customer service.

The award designation for the Santa Barbara moving company’s affiliate corporation is based on a national survey of thousands of women across America who were asked to select the moving company they would most likely recommend to family and friends from a list of nationally recognized moving brands.

“We are very proud to state that we were selected as the recipient of the Women’s Choice Award,” said Casey McCann.  It feels good to know we outranked some big competitors (Atlas, Mayflower, United, Two Men & A Truck, northAmerican, Arpin, Bekins and National Van Lines and others).”

The Women’s Choice Award is recognized as a referral source for women and identifies its award winners with a “seal.”  They are the only award based on the collective recommendations of women across the nation. The Award seal represents the extraordinary power and significance of today’s female consumer through their collective voice in determining the most recommended brands, products and services.

Hazelwood Allied Moving and Storage is one of the oldest family-owned businesses in the Tri-County CA area. The Santa Barbara moving company has relocated thousands of satisfied customers locally in Santa Barbara and throughout California since 1918. As an agent for Allied Van Lines, the largest moving company in the world, Hazelwood also specializes in national and international relocation.

Hazelwood Allied is a registered Certified Moving Consultant through the American Moving and Storage Association and has received the Certified Relocation & Transition Specialist (CRTS) designation for being Senior Move Certified. The Santa Barbara movers make it a top priority to deliver efficient, worry-free moving at competitive prices.

Consider These Tips For Keeping Your Belongings Safe Every college student loves winter break. Even if you aren’t ready to…

Hazelwood Allied was recognized as top in its category for exceptional customer recommendation ratings, earning the brand the coveted 2021… 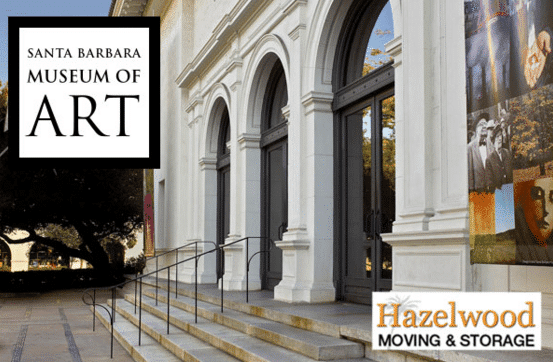 Dear Friends, The start of a new school year is fast approaching and can be challenging for families that are…

FOR IMMEDIATE RELEASE, November 18, 2016, Santa Barbara, CA Hazelwood Allied Moving and Storage is proud to announce they received the…

Dear Friends, Season’s greetings from Hazelwood Allied Moving and Storage. The McCann family would like to thank their friends, family…

My move with Hazelwood Allied was absolutely flawless, from the first phone call until the empty truck pulled away from my new house! Their customer service is unmatched---I felt attended to and cared for every step of the way. What is typically a super stressful experience was instead a true pleasure. I know this probably sounds too good to be true, but trust me---they are THE BEST. I urge anyone moving from the Santa Barbara area to give Casey a call and you'll see exactly what I mean!!!
Linda Baity
You men were early!!! And they moved my whole household in two hours. They were so awesome. I would have tipped them, but I didn't expect three movers. So to Kelly and his team, many thanks!
Zohara Zamor
The movers worked faster than I expected. They would move items where I needed them to be, without any problems. They offered to come back if I needed furniture moved to a different area. Very courteous and professional.
Cathy Nordlund